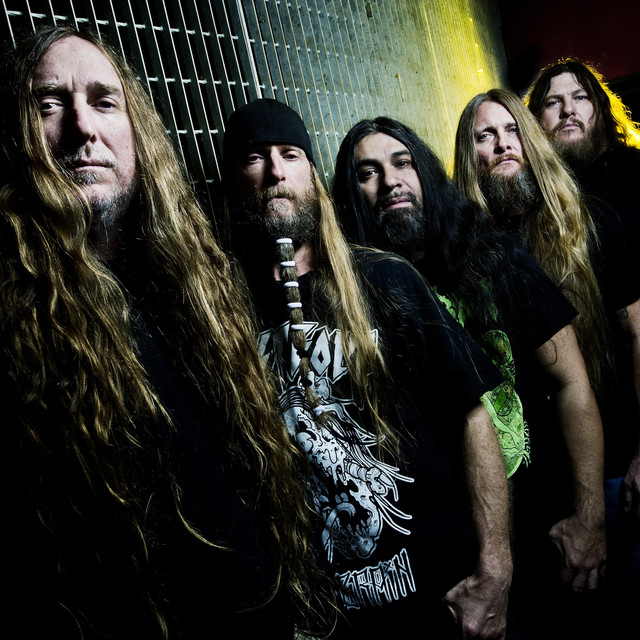 Obituary is one of the pioneering bands of the death metal genre. The band came from Tampa, Florida, and was founded as Executioner in 1985, and then changed their name to Xecutioner to avoid confusion with the other one. In 1988, shortly before the release of their first album "Slowly We Rot", they changed their name to Obituary. Obituary is considered an influential band in the Florida death metal movement that arose in the late 1980s. The 1990 release "Cause of Death" featured James Murphy on guitar (Cancer and Disincarnate) replacing Allen West for unknown reasons. This release has been described as a seminal album in the Death Metal genre. Vocalist John Tardy is recognized as one of the first vocalists to use an abnormally low growl (compared to the screechy growls used by predecessors Death and Possessed).

Obituary is listed by Nielsen Soundscan as the fifth best-selling death metal band of all time and their albums have sold 368,184 copies. Their 1992 release "The End Complete" has also more than 103,378 copies in the United States alone.

After 1997's "Back from the Dead" album, the band had grown tired of touring which led to the band disbanding. During the hiatus, Donald Tardy played in Andrew W.K.'s touring band (during W.K.'s appearance on Saturday Night Live Tardy wore an Obituary shirt). Allen West focused on his two projects, Lowbrow and Six Feet Under while not playing in Obituary. Trevor Peres formed Catastrophic in 2001. The band reformed in 2003 and Catastrophic continued to exist alongside the reformed Obituary. Catastrophic released one album, The Cleansing, in 2001. Obituary's reunion album, "Frozen in Time", was released in 2005. The band's first live DVD, "Frozen Alive", was released in January of 2007.

Obituary has been mentioned in our news coverage

Below is a sample playlists for Obituary taken from spotify.

Do you promote/manage Obituary? Login to our free Promotion Centre to update these details.