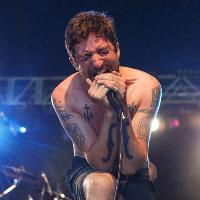 MÃ¶ngÃ¶l HÃ¶rde is an English hardcore punk side project of ex-Million Dead frontman and solo singer Frank Turner (under the alias "Renrut") unveiled in 2012 and based in London. Alongside Turner is ex-Million Dead drummer Ben Dawson (alias "Awesome") and The Sleeping Souls guitarist Matt Nasir (alias "Nadir"). The group has released 3 original songs so far: Casual Threats From Weekend Hardmen, How The Communists Ruined Christmas and Tapeworm Uprising, and has played at Reading & Leeds Festival 2012. The band's sound has been compared to seminal hardcore band Refused. Read more on Last.fm. User-contributed text is available under the Creative Commons By-SA License; additional terms may apply.

Mongol Horde has been mentioned in our news coverage

Do you promote/manage Mongol Horde? Login to our free Promotion Centre to update these details.