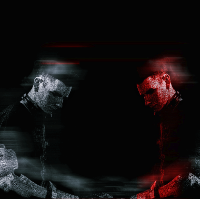 Since starting out as a DJ in 2011 Michael has become a popular multi genre DJ, specifically EDM (2011 - 2014) and Techno (2014 - present), he has played across Edinburgh and Glasgow holding Residencys in Woodburn club, The Park, Elevation, Castle Cvlb, Shanghai & Lulu. also playing guest Spots in various club nights including the legendary Hectors House at Cabaret Voltaire in Edinburgh and Spektrum at 69 below in Glasgow. Michael has also played many support slots at events supporting some of the biggest names in the industry playing the mainstage of the 02 academy in Glasgow as well as other big nightclubs in and around Scotland. in addition to the indoor gigs he has also played sets at Music Festivals both summer and winter inlcuding festivals Don't Let Daddy Know, Coloursfest & Groove Cairngorm in Aviemore.

Michael Irvine hasn't been mentioned in our news coverage

Here are the latest Michael Irvine mixes uploaded to Soundcloud.