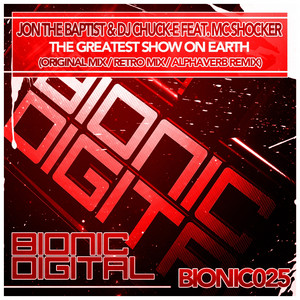 Jon's got a problem. Since school he hasn't held down a job for more than

a matter of weeks, infact nothing can motivate this lazy son of a... ...except Trance. "The only thing which gets me out of bed each morning" explains Jon...

Furiously on a quest for trance knowledge, Jons productions have gotten better and better. His first release was on UK label 2XS Recordings, a sub label of Alien Trax, which eventually led him to be signed to Italian Based label, Future Sound Corporation.

was 'Neutron' and 'Insomnia'. Since Jons signing to FSC he has featured on 8 of their last 14 releases, including various remix requests and alias's. All of Jons FSC work has recieved a

massive amount of airtime across the globe, and has featured on many leading Hard Trance compilations.

Jon the Baptist has been mentioned in our news coverage

The Sound of Kiddstock: The Album - OUT NOW!

Below is a sample playlists for Jon the Baptist taken from spotify.

Do you promote/manage Jon the Baptist? Login to our free Promotion Centre to update these details.