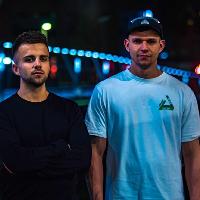 Joe & Jenno are an explosive up and coming techno duo who hail from the north west of England; sharing their passion for techno, they helped create “Symposium”, Blackburn & Darwen’s biggest house & techno event which they’ve been residents at ever since. Earlier this year they made their Ibiza debut playing at The Ibiza rocks bar for “Griffs gaff”.This duo will take you on a melodic and majestic journey with their masterful mixing skills behind the decks and a tasteful ear for the grooviest of tracks. Now along with their residency at Symposium they have just secured their biggest booking so far with Oc & Verde becoming their new residents for the huge techno event, Ampersand.

Joe & Jenno has been mentioned in our news coverage

Here are the latest Joe & Jenno mixes uploaded to Soundcloud.

Do you promote/manage Joe & Jenno? Login to our free Promotion Centre to update these details.