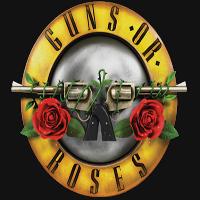 Formed in 2009, Guns or Roses began extensive rehearsals to launch themselves as the ultimate tribute to the Hollywood hellraisers. Now ten years on, they have firmly established themselves as one of the best tribute bands out there.

Since their concept, the band have gone from strength to strength, wowing audiences and gaining thousands of fans with their performances all over the UK, Ireland and Europe. They have headlined festivals in Norway, Switzerland, Belgium, Bulgaria, as well as all over the UK and Ireland. They appeared at the legendary Isle Of Wight Festival in 2017 where they played to a packed out, at-capacity Electro Love tent and were invited back again in 2018. They have even headlined a festival at Donington, home of the infamous Monsters of Rock!

Guns or Roses 1 has been mentioned in our news coverage

Do you promote/manage Guns or Roses 1? Login to our free Promotion Centre to update these details.