» Events » Events by artist » Dom and the Ikos 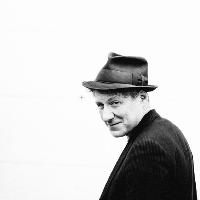 Dom and the Ikos tickets and 2020 tour dates

Dom and the Ikos

Led by piano virtuoso Dom Pipkin, The Ikos are a world class British band with its roots firmly in the culture of New Orleans. Comprised of the cream of UK talent – this is not just a cover band, but a genuine creative line up with two albums released. Pipkin’s second home is New Orleans, where he has been a regular visitor for 15 years. He performs at beloved music hangouts on the famous Frenchman Street, at the Jazz and Heritage Festival and, in 2014, at the world famous New Orleans “Piano Night” alongside players such as Allen Toussaint, Jon Cleary, Ellis Marsalis and Marcia Ball.

Dom and the Ikos News

Dom and the Ikos hasn't been mentioned in our news coverage

Dom and the Ikos mixes

Here are the latest Dom and the Ikos mixes uploaded to Soundcloud.

Dom and the Ikos videos