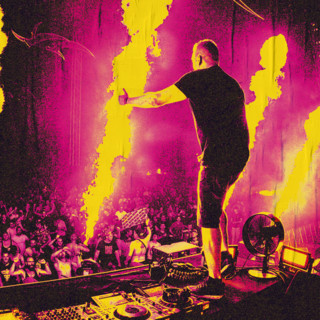 Dj Thera aka Pieter Heijnen grew up in a musical environment and at the age of three already had the urge of playing melodies on an old keyboard. Since 1994 he started spinning at a local radio station and several regional parties. In 1998 he met Fabian Bohn and thanks to Pieter’s production work they sign a contract with Combined Forces and release vinyls with the project name “Bassdriver”.

His career really starts to grow when they start their project “Brennan & Heart”. They release tracks on infamous labels such as Fusion, StraightOn, Scantraxx, Seismic and Multigroove. Besides working on this project, a unique cooperation develops with superstar DJ Don Diablo.

Pieter also produced music for him such as most well known releases “Don Diablo – Anarchy” fom ID&T Records and “Orion’s Voice – Cockroaches” from Re-Fuel Records and Overdose including a very own Dj Scot Project Remix.

DJ Thera has been mentioned in our news coverage

Below is a sample playlists for DJ Thera taken from spotify.

Do you promote/manage DJ Thera? Login to our free Promotion Centre to update these details.