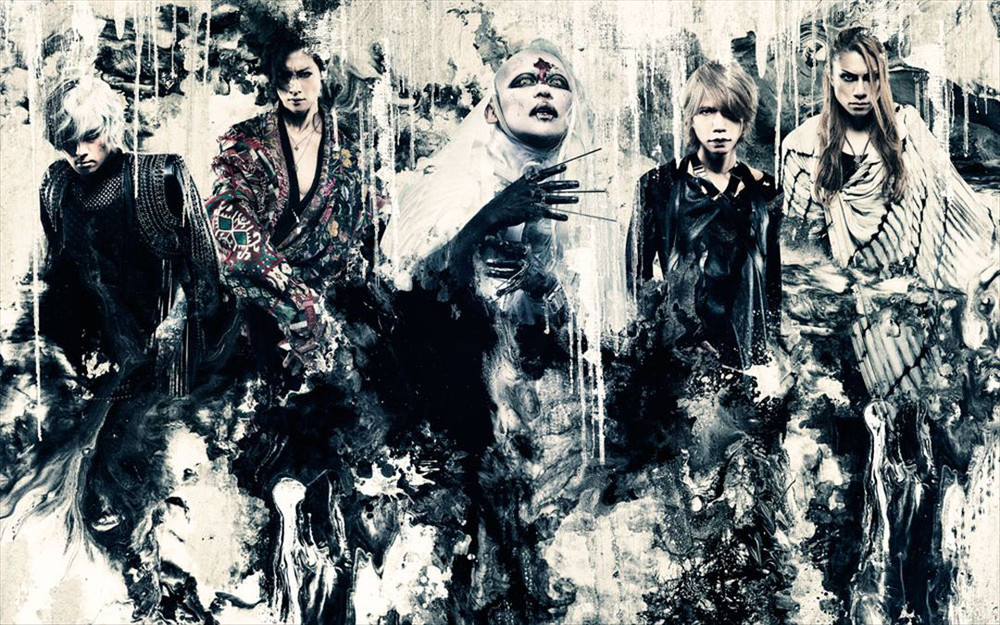 DIR EN GREY (formerly stylized as Dir en grey) is a Japanese alternative metal / avant-garde metal band formed in Osaka, Japan in 1997 from the disbanded visual kei band La:Sadie's, that have maintained a consistent lineup of 京 (Kyo) on vocals, 薫 (Kaoru) and Die on guitar, Toshiya on bass and Shinya on drums.

Originally a visual kei band, the band has dropped that style since around 2005 when they released their fifth full-length album, Withering to death. (as of recently reacquired their visual kei aesthetic). Their musical style is difficult to determine; throughout their releases, they have played styles ranging from pop rock to extreme metal. Today, their style can be considered generally a version of alternative metal / avant-garde metal.

Their fifth full-length album, Withering to death., was the band's first to see distribution outside of Japan. It was released in Europe by GAN-SHIN and the United States by Warcon Enterprises. The band has been signed to FIREWALL DIV., a subdivision of Free-Will under Sony Music, for its entire career so far. They're currently signed to Okami Records for European distribution and The End for United States distribution.

Dir En Grey hasn't been mentioned in our news coverage

Below is a sample playlists for Dir En Grey taken from spotify.

Do you promote/manage Dir En Grey? Login to our free Promotion Centre to update these details.