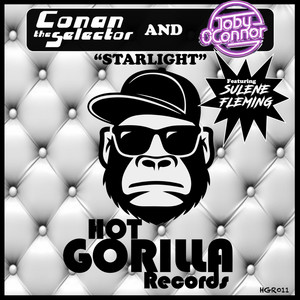 Audio addict, drummer, promoter, label boss and general all round nice guy. Whether he is performing under his Disco alias of CONAN THE SELECTOR or as one half of electronic act ARCADE 82 or even if he is dropping House Classics under MARK PICKUP you can be sure he will have a massive smile under that beard and so will everyone on the dance floor.

2011 was very kind to him - closing Faithless's last ever international gig, infront of 15,000 people on the Sandance beach at Atlantis Hotel on the palm Dubai and secondly was playing main stage at Creamfields Abu Dhabi. 2013 was also huge which included one of his biggest gigs to date - playing immediately after Jamiroquai at Sandance in front of 12,000 people and then the month after playing Creamfields Abu Dhabi with Disclosure, The Prodigy and many more.

Conan The Selector hasn't been mentioned in our news coverage

Here are the latest Conan The Selector mixes uploaded to Soundcloud.

Do you promote/manage Conan The Selector? Login to our free Promotion Centre to update these details.