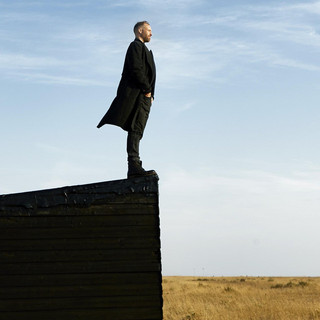 2009 saw the release of Brian Deady’s debut album – ‘Interview’ which planted him firmly on the radar and gained the attention of discerning ears such as Nightmares on Wax and Ashley Beedle.

His own blend of Soul, Pop, Disco, Funk & Doo Wop commutes between influences such as Steely Dan, Marvin Gaye and more contemporary artists such as Erykah Badu and Outkast.

‘Interview’ is the product of three years work and features production from Colm K, Ross O’ Donovan, Ishfaq (Croatia), B Bravo (San Francisco) and Deady himself. He has opened for acts such as Candi Staton, Poets of Rhythm, Laura Izibor, Mayer Hawthorne and Talib Kweli.

Tracks such as ‘Land On The Moon ‘ and ‘Over Like MacGyver ‘ have worked their way into the hearts of Los Angeles DJ’ s Garth Trinidad and Aaron Byrd on KCRW Radio, while title Track ‘Interview’ has made it’s way into the Heineken USA ‘Holiday Playlist Download’. Land On The Moon will also now feature on Nightmares On Wax' next compilation for Wax On Records

Brian is currently planning a Europe and America tour this summer, and is currently working on a follow up EP.

Brian Deady hasn't been mentioned in our news coverage

Here are the latest Brian Deady mixes uploaded to Soundcloud.

Do you promote/manage Brian Deady? Login to our free Promotion Centre to update these details.