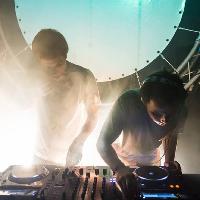 Boots & Kats are a duo that specialize in making crowds move through their eclectic sets that have distinctive disco and funk influences. They made their mark on the Dublin scene with their residency for Toast Dublin, one of Dublin's most established collectives known for its consistent party vibes. Their innate ability to connect with any crowd and provide a feel good atmosphere and energy regardless of the venue has led the lads to play across a wide variety of events around Europe.

They have supported a number of the industries biggest names such as Joey Negro, Annie Mac, and Kölsch but are most well known for their stand-out sets on the festival circuit. After headlining the Toast Stage at Life Festival the past two years, they have also been on the lineup of most major Irish festivals where their crowds seem to grow bigger and more receptive every time.

Boots & Kats hasn't been mentioned in our news coverage

Here are the latest Boots & Kats mixes uploaded to Soundcloud.

Do you promote/manage Boots & Kats? Login to our free Promotion Centre to update these details.