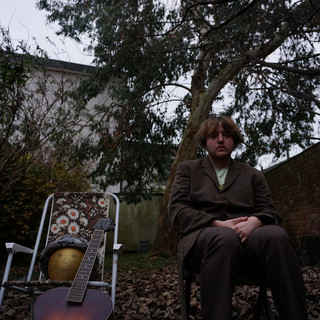 Leaf On Bold Street in Liverpool

Daniel Astles is a 18 year old singer/songwriter based in Liverpool. Since the tender age of 13 , Astles has been playing shows and writing songs, creating a backlog of material despite his young age. Often his big vocals and ambient guitar tones which leave a lasting effect of listeners. In the press Astles has been praised for the maturity in his songwriting. Being described as a 'major talent' By Liverpool Bands and having a a 'polish beyond his years' By Getintothis.com. Mostly playing solo with his electric guitar, or occasionally with a backing band, including Guitar, Violin and Percussion.

Currently recording a number of tracks in the hope to release a debut single by the end of the year. Grabbing comparisons to artists such as Jeff Buckley, John Martyn and Ben Howard whilst gigging relentlessly across the country in places such as London, Norwich, Manchester and Liverpool, Including this years Liverpool International Music Festival at Sefton Park.

Astles is currently in the development stage of his career taking time to home his craft and work with as many people as possible to mould a song which he believes is developed. Currently under the guidance of the LIMF Academy , having had massive support from BBC Radio Merseyside and Lancashire and described as 'A voice to listen out for, a sincere and earnest one filled with a smile and moving gravity.' By Ian D Hall, Astles is waiting to make his first move whilst still creating waves in the city.

ASTLES hasn't been mentioned in our news coverage

Here are the latest ASTLES mixes uploaded to Soundcloud.

Do you promote/manage ASTLES? Login to our free Promotion Centre to update these details.